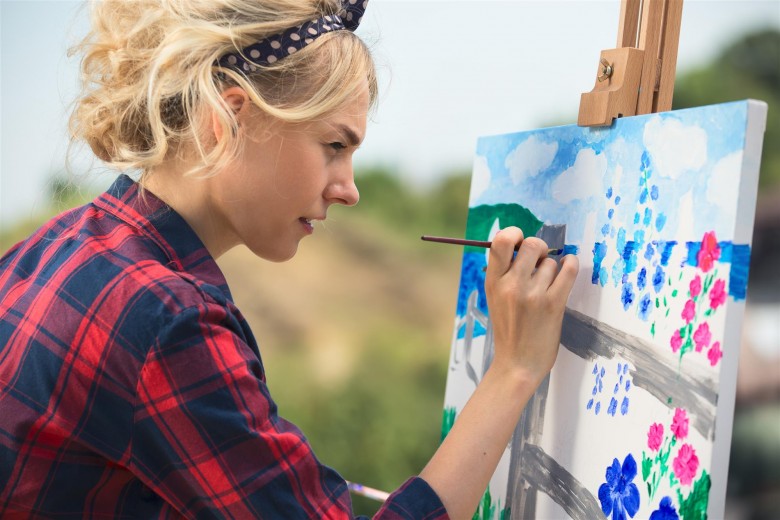 Art Therapy to Aid in Addiction

Creativity is like a balm for the fretful mind. It’s a healthy way to escape from and handle stress and an excellent way to explore your feelings, especially surrounding addiction and negative emotions. Even the simple act of coloring can make you feel more positive and relaxed, and that’s good for everyone, no matter where you’re starting.

In the realm of recovery, drug rehab centers are quickly realizing the benefit of specific art therapies like these within treatment.

A vision board is a piece of Bristol board, cardboard, canvas, or pin board that contains the patient’s hopes, dreams, and goals, either in general life or in recovery. It serves as a reminder of what they’re working toward and what can be possible if patients stay on the path. Colorful, fun, humorous, and inspirational additions are highly encouraged, as are items like self-directed love notes, encouragement, tips, and beloved or treasured items.

Some patients keep two vision boards—the first for their recovery and the second for general life. This is a fantastic way to keep chips and ribbons where you can see them easily each day.

Note: Because the process of taking a facial cast can be somewhat restrictive, this one may not be appropriate for particularly sensitive patients. Be sure to discuss the process first.

This project takes a bit more effort but can help addicts to uncover hidden emotions about themselves. It starts with taking a mold of the patient’s face with plaster gauze or air-drying clay. Lay the plaster gauze or clay in strips over the face, molding it to the patient’s unique features. Once the entire face is covered, carefully lift it off and allow it to dry.

Next, the patient draws a line down the middle of the mask. On the left side, they paint, draw, or decorate the face to represent who they were before they became addicted to drugs. On the right side is the person they became after addiction or how they see themselves in recovery.

The end result creates an excellent discussion point for a therapist and the patient that touches on everything from self-esteem to negative self-talk.

For patients in recovery who love to dance, move, and express themselves physically, dancing or acting out skits can be an amazing way to channel positive and negative emotions. This can come in many forms; some facilities host free movement dance sessions in which patients are encouraged to express their emotions through dance, while others use the power of roleplay to inspire group growth via skits. 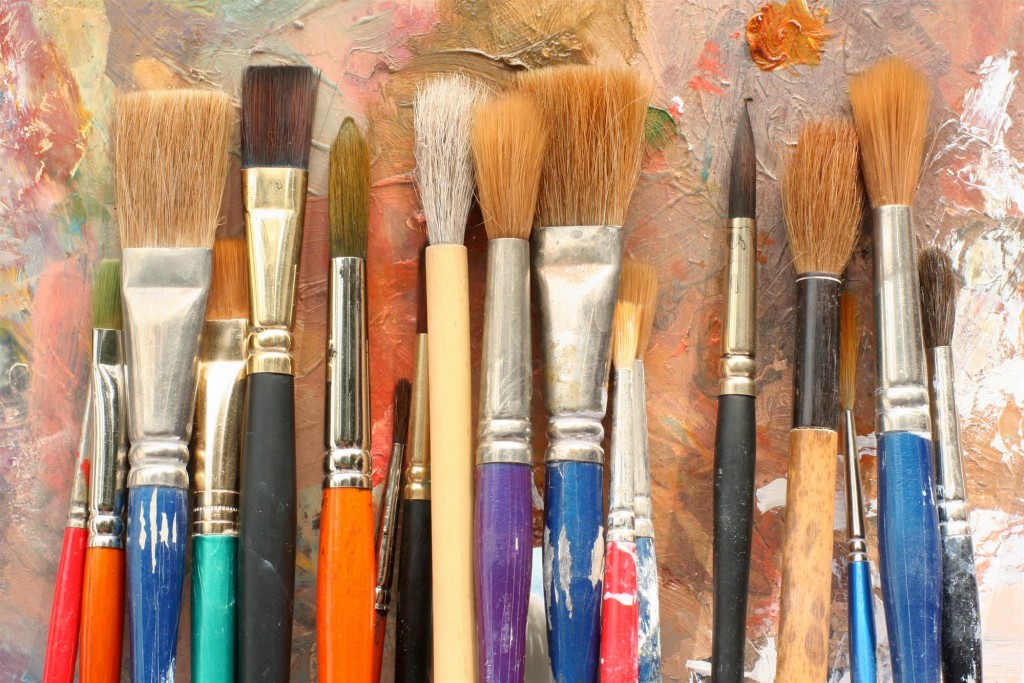 Patients can also use dancing to improve mood, boost motivation, and let go of stressors before turning to substances. If you’re a Grey’s Anatomy fan, you’ll recognize this best as Meredith’s “dance it out” moments. Research does show that even just a few minutes of dancing can boost endorphins and make us feel better about ourselves!

Addiction is one of the most common problems facing American citizens today. If you’re struggling, know that there’s no shame in reaching out for help. No one can handle addiction and recovery entirely on their own, no matter how minor or serious the addiction. Call Florida Coast Recovery today to get started on your personal growth path. 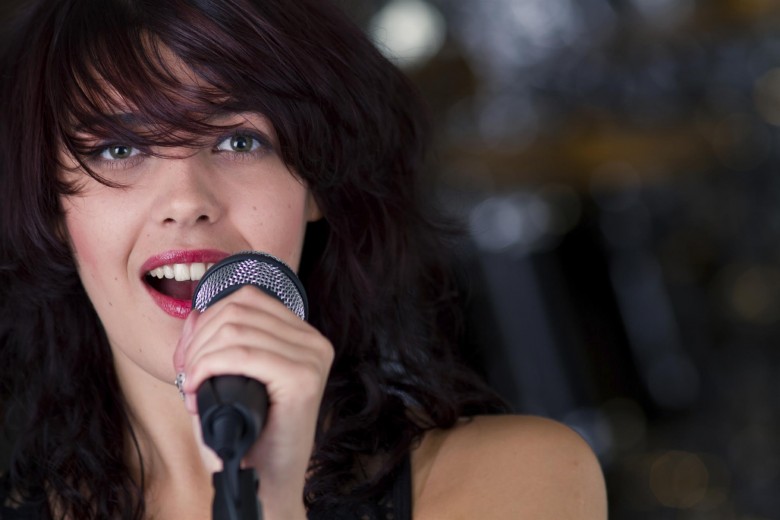 “Where words fail, music speaks,” Hans Christian Andersen is quoted as saying. We all know that music speaks to us, that it is a form of self-expression and can change a mood or evoke an emotion like words never can. One simple song can convey to others how you feel or even change your mood. It is why music therapy should be a vital part of your drug and alcohol treatment plan that science and clinical research supports.

Music therapy is an established health practice where music is used as to address the physical, emotional, cognitive, and social needs of a person. According to the American Music Therapy Association, it also provides an avenue for communication that can be helpful when an individual cannot express themselves in words. Because addiction is an unconscious way of coping with negative emotions, music therapy helps to identify those feelings and manage them in a more productive manner.

Music therapy provides the opportunity to interact with music through playing an instrument, listening, dancing, singing, and, perhaps, even writing songs or lyrics regardless of a past musical background. Studies have shown that drumming provides relaxation and can be useful for patients who have experienced repeated relapses, and movement to music is associated with a decrease in anxiety, depression, anger, and stress.

In fact, further research has shown that playing an instrument or listening to music can engage the reward systems in the brain—the same systems that are enacted during drug use.

Other Benefits of Music Therapy Include:

Another great benefit of music therapy is it works for people of all ages. The songs and style of music may be different, but there is something for everyone. It is also a powerful tool to help attract someone you know who is struggling with addiction to seek help.  Music therapy, especially during the early part of treatment, can help with the immense emotional highs and lows of withdrawals an addict experiences.

At Florida Coast Recovery, our beautiful drug and alcohol detox center located in South Florida offers music therapy as well as a number of other therapies to give you or someone you love the best chance of recovery from drug and alcohol addiction. It’s our multi-disciplinary approach which includes holistic therapy to addiction and treatment that allows us to help individuals achieve and maintain a life of serenity.

We are here for you 24 hours a day, 7 days a week. Call us today at 877-251-6570 to learn more about music therapy or our other treatment plans and find out how we can help you live your best possible life. 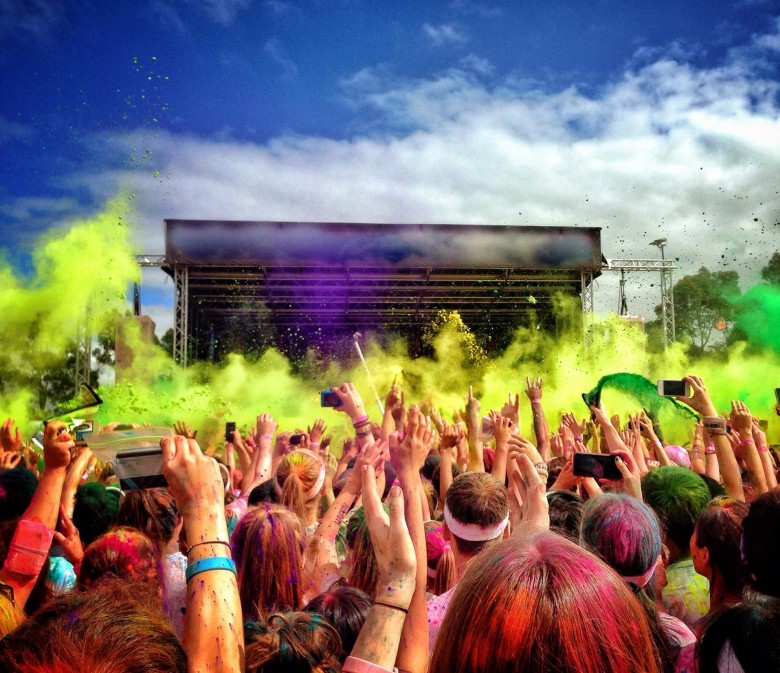 Are Rave Drugs a New Threat to Our Young Adults?

Rave drugs are not necessarily a new type of drug but, rather, common party-type drugs teens and young adults are tempted to take, especially during rave festivals.  They include:

Rave festivals are meant to be fun and enjoyable events. Event-goers often have a carefree and relaxed mood. They are willing to share illegal drugs with others, and, when others are asked if they want to join in, are hesitant to decline since everyone else is experimenting with various drugs.

Most raves provide access to onsite medical responders, so part of the mentality young people have, behind experimenting with drugs, is if something does go wrong there is help onsite and the risks of trying something are reduced. Unfortunately, even with onsite medical responders, fatalities still occur and have claimed the lives of many rave-goers.

According to many emergency room doctors in the Los Angeles area, which has several big rave events each year, teenagers and young adults really have no idea what they are taking or experimenting with, let alone how the drugs are going to affect their body and what reactions they might experience.

For instance, Ecstasy is easily accessible at rave events, yet there is no way to tell what is actually in the Ecstasy. It could be mixed with cocaine, methamphetamines, or other drugs, which alters its effects on the body.

Complicating matters, some young adults have the misconception and belief that if they take “pure” Ecstasy it is safer than Ecstasy which has been diluted with other drugs. This is not the case, and “pure” Ecstasy is just as dangerous.

One of the common side effects of taking Ecstasy is an increase in body temperature, reaching a fever-like state for a prolonged period of time. Increased temperatures from Ecstasy can cause comas, brain damage, seizures, and death. Many people who experience seizures and/or comas rarely recover, and most end up dying within a short period of time.

Ecstasy use also causes the user to feel thirsty, so they will consume large amounts of water, often provided for free at rave festivals. As water intake increases, the body’s sodium levels drop greatly and can trigger seizures where the brain is not getting oxygen, and it leads to a coma.

Aside from Ecstasy usage, rave-goers tend to experiment with other drugs simultaneously, further increasing the risks of dangerous side effects, which are compounded for each type of drug taken. 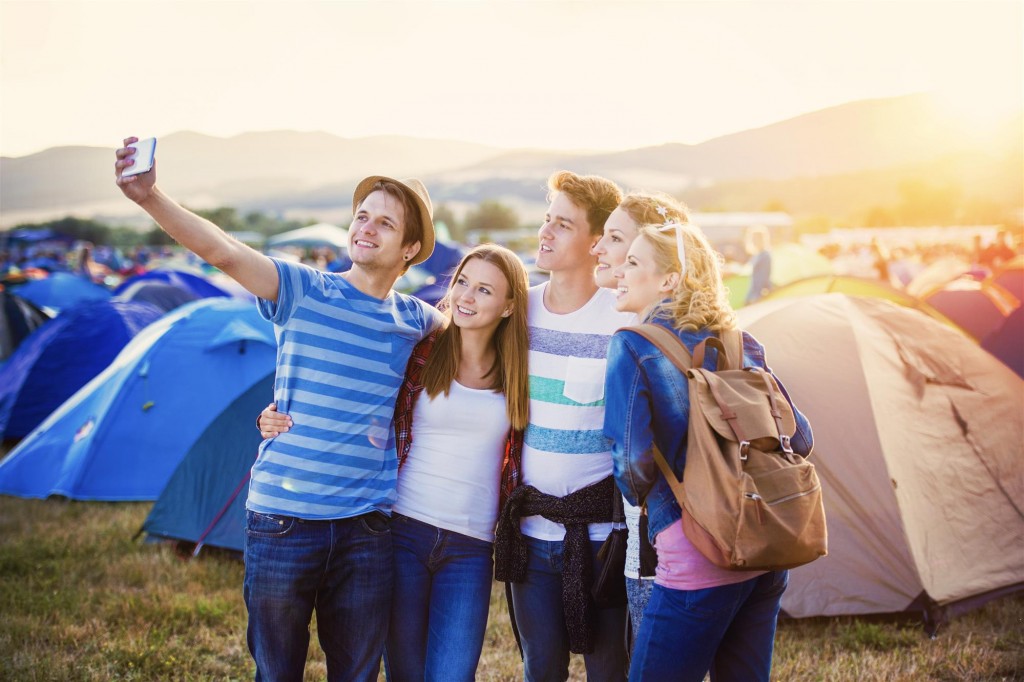 With the rave festival season just right around the corner, it is important for teens and young adults to increase their awareness about the risks of rave drugs to avoid becoming another statistic. If you or someone you care about is struggling with drugs or alcohol, help is available through our drug and alcohol treatment programs, here at Florida Coast Recovery. Call us at 1-954-990-7101 for more information today. 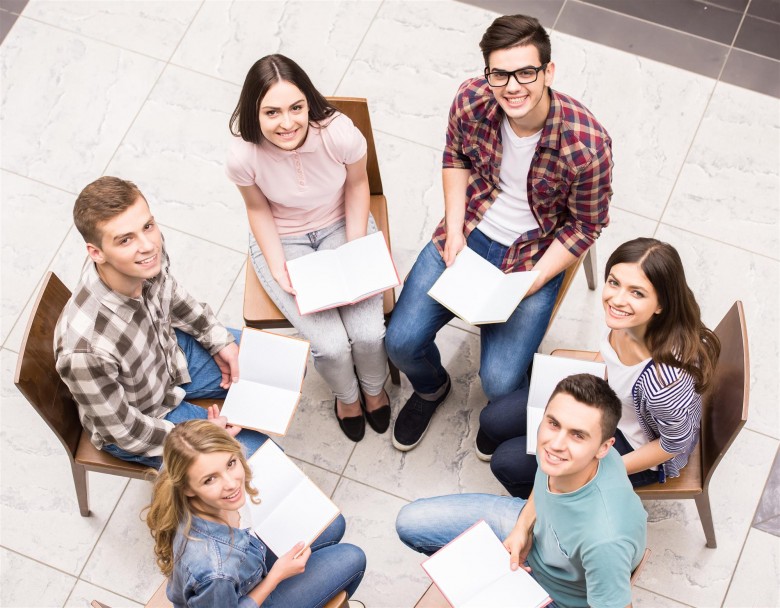 Dealing with a drug or alcohol addiction is an ongoing struggle. It can be difficult for your friends and family to realize there is much more to your recovery beyond completing a drug and alcohol treatment program.

Some people mistakenly assume you successfully completed the program, so you are cured. However, that is not the case, as your commitment to leading a sober life has just begun.

When speaking to your family and friends about your sobriety, it is important to do what is best for you and your particular situation. In some cases, this might mean finding new friends and social activities to enjoy where you will not be tempted to fall back into old habits. To help you adjust to your new lifestyle, let’s take a look at some common issues that can arise after rehab. 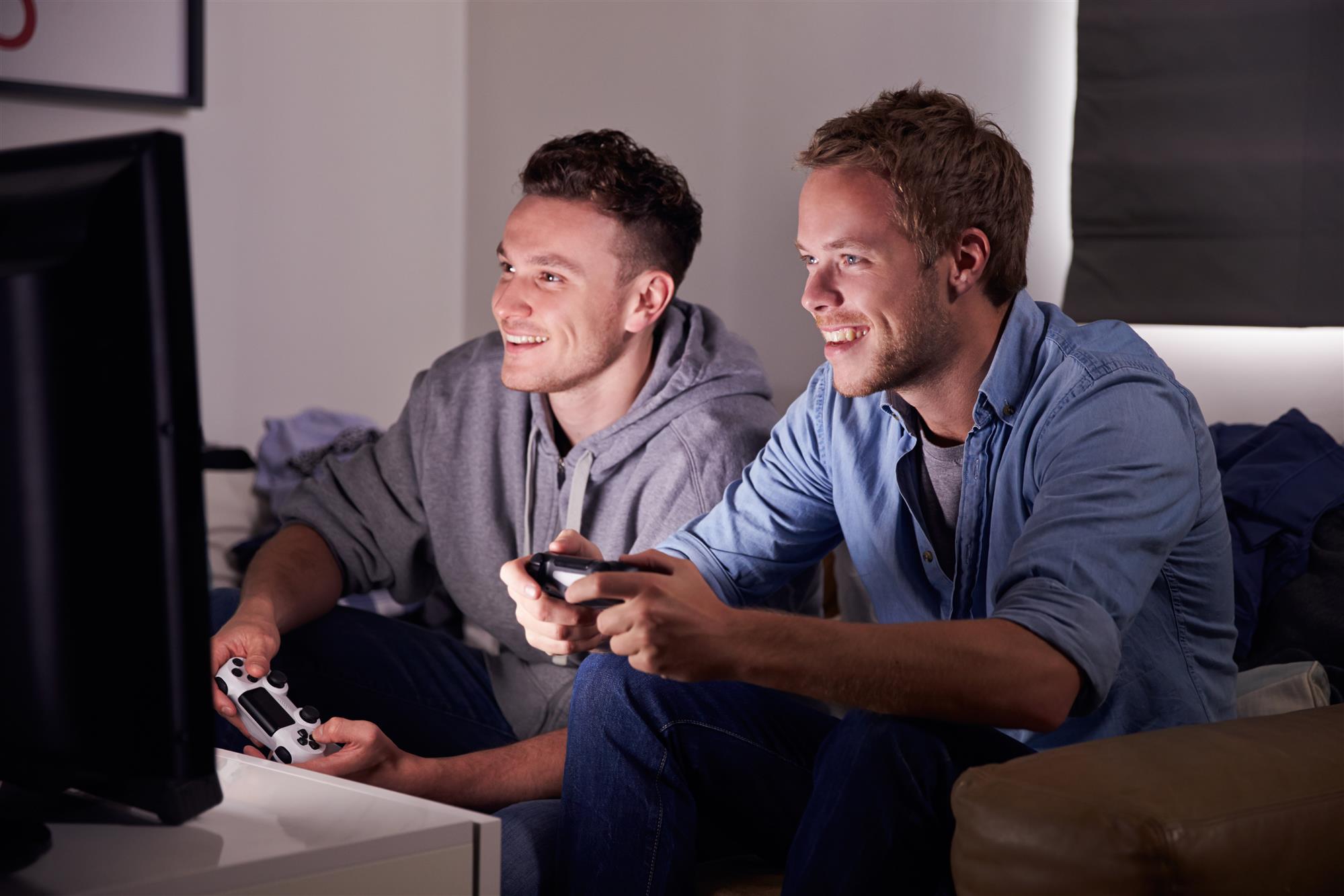 Leading a sober life is challenging, but you are not alone. If you are ready to take the first steps or need support maintaining your sobriety, do not hesitate to contact Florida Coast Recovery at 1-954-990-7101 today!